Friends, acquaintances, comrades, and strangers with inquisitive minds.  There are a few things on my mind today.

Uber is the way of the future.  A brilliant idea!  Instead of waiting for your delayed and expensive cab to arrive, you go online and see which average citizen is ready and willing to drive you in their very own vehicle.  The key is deregulation.  Who needs these annoying, expensive, and unnecessary rules which govern how you are allowed to travel?  Instead, put the trust in us, the people, to weed out drivers who may be potential criminals and perverts, with our very own instincts.  But why stop at Uber taxi cabs?

Uber dinner leftovers!  Imagine you are hungry, but do not want the usual take-out.  Instead, you look up the leftovers from average citizens online and choose from an assortment of lasagna, meatloaf, mama’s chicken soup, and so on.  And who needs regulation?  Expensive and annoying health inspections.  We, the average citizen, can sniff out bad meat all on our own.  How else did our ancestors survive eating saber tooth tigers and so on.  But why stop at Uber dinner leftovers?

Uber sperm!  You, an infertile couple, sit at home every night watching reruns of 1980s comedy sitcoms.  Or your man just can’t get it up (and out).  And who can afford these ridiculously expensive and regulated artificial semen collection agencies?  Voila, Uber sperm!  You look up online who has some fresh samples available, and you hire an Uber taxi and go and get some!  Why not stop along the way for some Uber dinner leftovers?

Bad Beards are on their way out.  This fad is ridiculous.  I don’t know anyone who likes beards, let alone these bushy lumberjack nests that young men are wearing these days.  The problem is, most men do not know how to groom their beards properly.  As a result, the fad that the bearded avant guards envisioned has become a mockery.  Don’t know what I’m talking about?  Check out these pics. 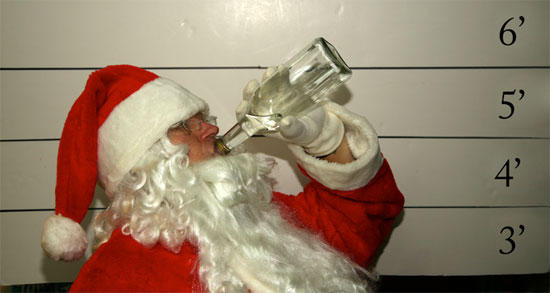 The war on bacon must be stopped.  Recently some academic know-it-alls announced that highly processed meat, such as bacon, causes cancer.  Well I’ve got news for you egg heads — everything causes cancer!  Smoking, nuclear reactor meltdowns, biological weapons, …. and now add bacon to the list.  Well the average citizen will not stand for this conspiracy!

The NRA has made some sensible (to them) arguments against gun control.  So I think we can use their arguments and apply them to fight this war on bacon:

And now to answer some of my many fan mail letters.

Dear Mr. DRAGONE, how do you correctly pronounce your name?  Yours, Xuechauomiiyu

Thank you for asking, Mr./Ms./Mrs./Miss X.  Phonetically, my name is pronounced  DRAH-GONE.  Emphasis on the first syllable.  But very important — it is said with great vigor.  Think of a UFC announcer introducing a great fighter.  Also, the R has a heavy Eastern European roll.

Hey man, you believe in all this global warming nonsense?  J.R.

Absolutely yes.  But it is not important whether or not I personally believe in it.  It is all about the science.  The temperature reading on my outdoor thermometer is currently a full 2 degrees above the average high for this day, January 2nd.  But of course, one day does not prove global warming.  It has in fact been warmer than average for the entire week!

And now, my friends, acquaintances, comrades, and strangers with inquisitive minds, I feel my head experiencing a sugar low.  It is time to replenish my body with more sugar.

DRAGONE critiques news, entertainment, sports, fashion, and love. He also has ADD, but that is irrelevant.
View all posts by DRAGONE →
This entry was posted in Humor and tagged bacon, beards, comedy, humor, satire, sperm, spoof, Uber. Bookmark the permalink.